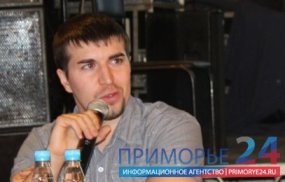 How to protect your copyright in Internet, should restaurant bands fear suits and what are the prospects of Russian Authors Society in the Far East – we discussed that with partner of Legal company Inmar Legal Ltd Kirill Vozisov.

– What is the general situation with copyright in Internet?

– Back in 2003, some 2 or 3 books on copyright protection in Internet written and published in Russia were available for professional lawyers, but now only the laziest one is not writing on that issue. That really does not mean that such literature’s quality became better. Meantime, the process of copyright protection in Internet does not differ from any other protection although it has some specifics. Specifics do exist – but there are no preferences, and some people are wrongfully thinking that in Internet they may take whatever they like. It is incorrect understanding. Regulations apply everywhere. The law enforcement issue and execution of regulations is another matter.

– As to social networks, provider’s limited liability applies. Provider means not only a provider of Internet access services but also an owner of hosting site housing any web resource and an owner of the resource storing the content. In general, it’s the most reasonable approach because it is impossible to control what exactly and how much each user downloads should he/she have such a chance. If the question comes to large-scale networks like Vkontakte or Odnoklassniki, its virtually impossible – staff needs to be increased greatly together with the costs.

– What should you do if you saw your works (copyright objects) on any third party’s resource, do not want to see them there but do not know who owns that resource?

– Contact RU-Center, this is the key registrar of domain names in Russia and make a request, better if supported by documents to avoid any suspicions that you wish to know the information about owner for any illegal purpose, and after that the required information will be submitted to you. It is desirable to most reasonably explain which rights exactly are violated by site owner and show any evidence that you are right. If site owner did not react to your demand to remove the copyright content, collect all the documents and sue to bring such owner liable as defendant or codefendant.

– Will any end-user be accused of placing a song in a social network?

– It is not quiet correct to bring any end-user liable for content placing. As it is said, the law violated by everyone is a bad law. Providers should be treated more strictly but the rules of play must be written well – who is liable, how and for what. It would be good to achieve submission of correct personal information by users. Now in social networks anyone may pick up any nickname and place whatever under that nick, even earning on that. In our country there was a precedent when a married couple was sentenced for pirate video taking in cinemas and selling copies to third parties. A clear case of earning on the works created by other people took place, e.g., on third party’s copyright objects.

– The situation with Russian Authors’ Society is very interesting. On one hand, that organization is receiving huge money, many billion rubles. They pay virtually no taxes saying that they do not earn as all the revenue goes to authors. Requests to confirm that information is referred to confidentiality of personal information and nondisclosure of personal data. On the other hand, things come absurd like in the Deep Purple case – the band played a concert and then RAS representatives came up and claimed to pay for public playing of band’s music. They were not convinced with the documents acknowledging the fact of fee payment, it is totally different from their logics. The point in question was authors’ money, as RAS said, different from performers’ money (which was paid). The case was won by RAS but I rather doubt whether the band is aware of that. No matter that the musicians are foreign and the organization is Russian. They are positioning like an organization having international agreements with a number of foreign analogs.

– Must a young musician join RAS?

– A beginning author should better refuse from cooperation with RAS by sending an application message under published form. Just as a prevention. This in no way discredits the author who can always use RAS service when desired. Currently, proceedings against RAS are a comprehensive thing accounting for accreditation obtained.

– How does the cooperation between RAS and night clubs, for example?

– For locations like clubs which did not conclude any agreement with RAS the worst thing is that RAS needs only to prove the fact of playing any song in a club or restaurant. That’s all. Nothing more to do. As they come with the police raiders it is very simply. Owners of such locations do not ask: Why pay? They ask: Who should we pay? What should we pay for? And How much? These questions are harder to answer, of course. There are some other questions – why, for example, a cinema should pay, besides paying to the distributor for movie copy, to RAS acting as the representative of that movie’s composer? Why not to director? Not to that brilliant actor? Not to art designer or director of photography? There is no clear reply to that question, it is just a leftover of Soviet times which has survived after some transformation. Many people tried to fight it but have gained nothing.

– If a man signs third party’s songs in a restaurant, may he be punished?

– Restaurant singers singing third party’s hits are not threatened. Possibly, in the central areas that is an issue but not here. The point is in law enforcement – who and exactly what for should be punished. Although that issue may hypothetically arise, it will face the provability of reward receipt and profit making. Most locations playing music have already executed contracts with RAS and the remaining ones have not been reached yet. Surely the situation will change in the future – effected by Russia’s entering WTO for example.

– Which side are you on?

– I am in any case for uniform rules of play – law enforcement should not be selective. For example, many issues of intellectual property protection in Internet are not solved even in the most developed countries. Even in the USA, Digital Millennium Copyright Act (DMCA) is a list of amendments and supplements not accounting for all the specifics, e.g., free license issue. In Russia a similar initiative is about to be brought, and the USA are going to adopt SOPA – copyright holders are much participating in funding Barak Obama’s electoral campaign and that act will most probably be adopted in some kind. Then, the States will be able to dictate the rules of play in Internet to the whole world actually monopolizing the title to information placed in Internet. We’ll see what it will come to. We advise to music beginners – collect documents, acknowledge your rights, otherwise you will may not feel like music.
Interview by Anatoly Filatov with account of corrections and optimization of information,
photo of the author.